For some time I have been searching for other doctors who take this climate deterioration business seriously. I just assumed that most would be concerned because of the public health hazards inherent in the changes we are experiencing. But such does not appear to be the case.

So I was very pleased when I happened upon a community invitation issued by Larry Barzelai last year to attend a public meeting sponsored by the Canadian Association of Physicians for the Environment (CAPE).

Although I have known Larry socially for many years, I was unaware of this particular interest  of his. He has worked as a family doctor in a clinic on Commercial Drive in Vancouver for many years, and has had a special interest in Geriatric Medicine. CAPE has been active for a number of years, most notably in Ontario and Alberta.

Two Alberta doctors who are prominent in CAPE addressed the David Suzuki Foundation (to which the Suzuki Elders are affiliated as a volunteer group) several months ago. Erlene Woollard, co-chair of the Elders’ Educational & Community Engagement Working Group, was anxious for the Elders’ Council to learn about them and their work. The two Albertans had been instrumental in increasing  general environmental awareness in their province and specifically played an important  role in convincing the provincial government to close the coal plants there.  Similarly, CAPE was an active player in coal plant closures in Ontario. The entire scope of their activities can be found on their website https://cape.ca/

Larry reviewed the goals of the CAPE organization, and then proceeded to tell us about his particular concerns about fracking, especially here in BC. He has presented this information in a number of health care settings  in Vancouver and hopes to carry his message more widely through the province. 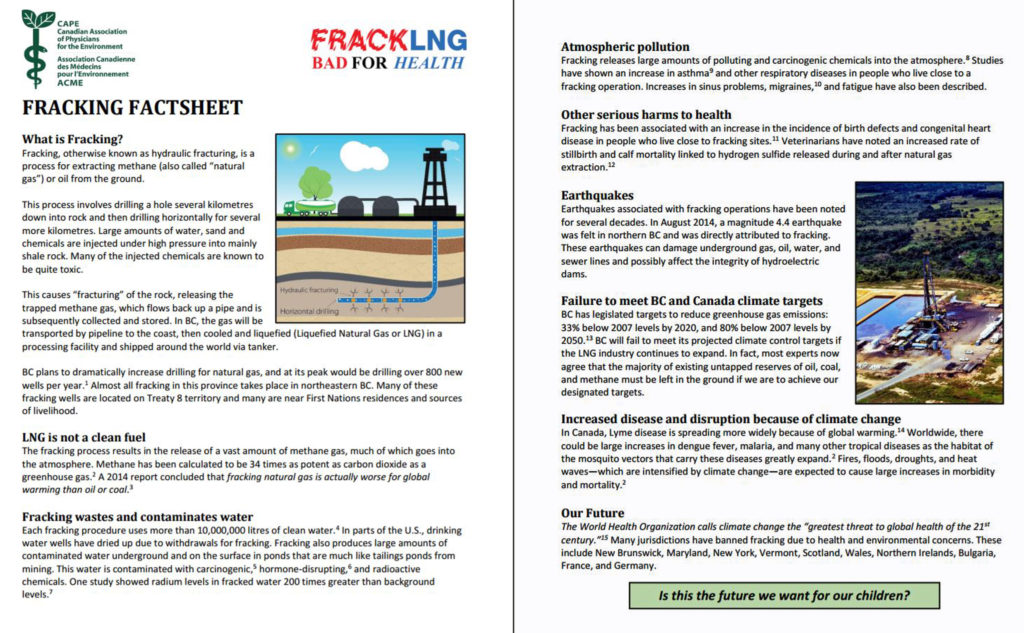